HTC og Garmin are two manufacturers that at the moment are incompatible and mutual exclusive in a major way:

If HTC software is installed on a PC, it will immediately be impossible to use this same PC as host for Garmin Forerunner 305 devices that connect via USB.

From a practical point of view this is not good news for Garmin sportsmen, not at all. The Garmin device will no longer be able to report training sessions to GarminConnect, Runkeeper, Strava, or other similar sites used for the study of you own progress as a top notch athlete.

Why ? Because the only way to do that, is to connect the Garmin Forerunner 305 via a USB connector on a PC or Mac.

And so Garmin, as thousands of your customers are about to benefit from this very post, therefore this orange button is there in your honor. Click it and detect the HTC remedy. 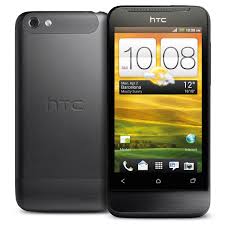 Now, this is a problem solely with HTC software. Once HTC is uninstalled as I have done, and as have others, the Garmin devices are once again connecting and reporting as normal.

I had the HTC software installed due to my ownership of a HTC One V, of which I am a reasonably happy owner.

However, as all communicator devices, the HTC One V also needs occasional visits to pit stop, for syncing of contacts and other fun tasks that is really a pleasure to do using “far east software with funny surprises”. Ahem!

After uninstalling the socalled HTC Sync Manager, syncing the One V can no longer be done, as I clearly put priority on my sportive measurements and Garmin. But what the heck, that’s a minor with respect to my overall quality of living.

Further to this and as far as I have seen, it is only Garmin devices that get their umbilical cord cut off by this rampete HTC software.

Which software is to blame, Garmin or HTC ?

After pushing the wild-guess-button I have a natural conclusion, namely that HTC needs to do a feature and code walk-through of the HTC Sync Manager including USB drivers, at their absolute earliest convenience, so as to validate with approximately 100% certainty that from now on, or from a point of time in the very near future, their software could not in any way be held responsible, or should I say accountable (?), for introducing malfunction in USB devices from other brands.

Garmin, on the other hand, should perhaps strengthen what appears to be a weak guard in the USB driver layers. A malfunctioning USB device is becoming a rare event in 2013, because USB is rock solid commodity now.

But Garmin, you had this error already for several years without correcting it? This is slow error correction for sure, but here is your chance, the the cause of error is known.

Thus, both of you companies, please take prompt and proper action to find the remedy. And feel free to contact me to discuss the underlying details of this article.

Use SoundPimp on HTC One with stereo speakers

I would also like to mention in particular to HTC, that I salute the implementation of stereo loudspeaker on the new flagship models. Excellent strategy and please do listen to the demo of the SoundPimp Audio enhancer on that HTC One of yours.

With the more and more well reputed SoundPimp – read those fabulous testimonials – you have a fantastic surround experience ahead, perfect for movies & music on stereo speaking mobile phones.

HTC One V MP3 driver must be upgraded asap

Since HTC are emphasizing excellent audio quality with the implementation of Beat technology, stereo speakers on mobile phones and so forth, I mention finally that the MP3 driver that is built into the HCT One V is not quite up to normal standard for such drivers anno 2013. It has annoying audible artifacts coming and going and not present in competing MP3 drivers. It puts the benefits of Beat into serious doubt.

My remedy was to switch to the Winamp media player for Android, because this product has its own and proprietary MP3 drivers of top notch quality. The VLC player did not offer that.

But beyond these remarks, the HTC One V is a nice phone with a functional level and a feature set that matches my needs. Well done!